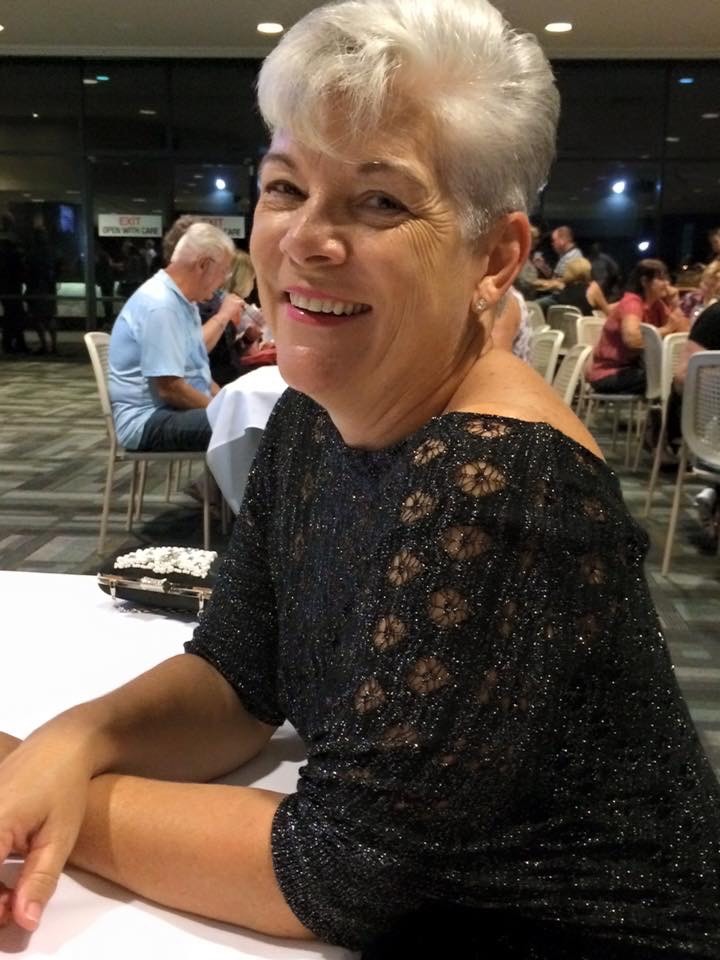 Born in the lovely little north Queensland town of Ingham, Adele’s family transferred around, until at the age of 13, Gladstone became the family’s first permanent home.
Adele worked as a receptionist at a Doctor’s surgery, and in administration at the Gladstone Hospital. She met and married a dashing young hockey player, Wade Hughes. They have 4 children, 4 children-in-law and 10 grandchildren, who are the delight of their lives.

In 1978 they established their first business – a printing firm, which has run successfully for the past 40 years, and in 1997 they also established a Funeral Home, which Adele manages.
Wade became a Rotarian in the RC of Gladstone in 1993, and Adele subsequently joined the RC of Gladstone Midday in 1999. Both have been Presidents and Directors over the years, with Adele also doing stints as Secretary.
In 2012 Adele and Wade attended the International Convention in Bangkok, and then also attended the Convention in Sydney in 2014. Adele undertook a trip to Kenya to peruse a potential RAWCS project in 2014. This was followed by another in 2015; a Polio Vaccination trip to India, where they also built a dam (by hand) in 2016. They then took part in a Helping Hands project in Laos in 2017 where one of the prosthetic hands she fitted had been assembled by her grand-daughter here in Gladstone. Over the years Adele and Wade have hosted YEP students, including Jessie from America, Teeranun from Bangkok, Tina from Germany, and Elise from Belgium.
A lifestyle change saw Adele and Wade spending more and more time at the idyllic little haven of Agnes Water and having a desire to bring Rotary to the Discovery Coast. Adele and Wade were instrumental in forming a satellite club of the RC of Gladstone there, Adele subsequently becoming a charter member of the RC of Discovery Coast, in 2016. Adele recently had the honour of organising the 2017/18 District Conference held at Agnes Water.
Adele was also a founding member of the Inner Wheel Club of Port Curtis in 1999, and has served as President, Secretary and Director.