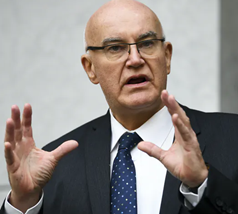 Dr John Skerritt, is Deputy Secretary, Commonwealth Department of Health. He was formerly the National Manager, Therapeutic Goods Administration, until his role was expanded. He also has responsibility for the Department’s Office of Drug Control, responsible for developing the new medicinal cannabis regulatory scheme. Dr Skerritt is a former Deputy Secretary in the Victorian Government and has extensive experience in medical, agricultural and environmental policy, as well as regulation, research management, technology application and commercialisation. In 2012 he was the world-wide winner of the Rotary International “Global Alumni Service to Humanity Award”. He is an Adjunct Professor of the universities of Queensland and Canberra, has a PhD from the University of Sydney, and is a graduate of the Senior Executive Programs of London Business School and of the International Institute for Management Development in Switzerland. He has been elected a Fellow of the Academy of Technological Sciences and Engineering and a Fellow of the Institute of Public Administration of Australia (Vic). He is a University Medallist and PhD graduate in Pharmacology. 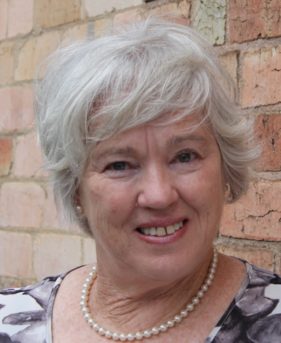 Betty is the founder and past inaugural CEO of Mental Health First Aid Australia (https://mhfa.com.au/) and, until recently, an Adjunct Professor at Deakin University. Betty has had a variety of experience in her working life, beginning as a school teacher, then a counsellor, followed by a registered nurse. Then, at the age of 50, Betty co-founded, with her husband Tony Jorm, the Mental Health First Aid program. Having experienced recurrent episodes of major depression, she brings an important consumer perspective to her work. She has facilitated the spread of the Mental Health First Aid Program across Australia and to over 23 other countries (http://www.mhfainternational.org/international-mhfa-programs.html).

Betty has received numerous awards for her mental health work, including an Australian and New Zealand Exceptional Contribution to Mental Health Services Award and is a Member of the Order of Australia.

Her last contribution to the MHFA Program was to develop the 12-hour Older Person MHFA Program: https://mhfa.com.au/courses/public/types/olderperson 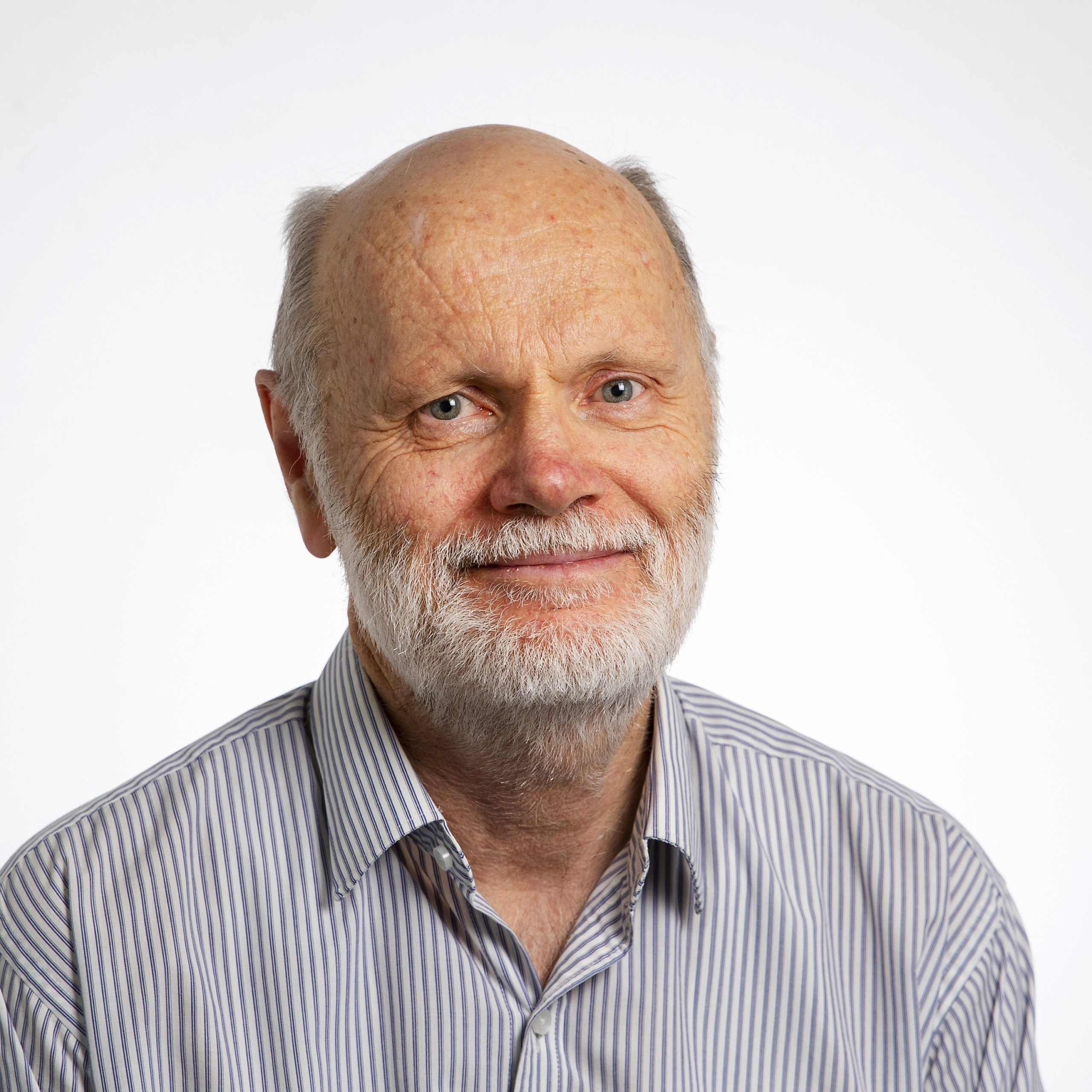 Tony Jorm is a mental health researcher at the University of Melbourne. His research interest is in building the community’s capacity for prevention and early intervention for mental health problems. He is a co-founder of Mental Health First Aid training, along with his wife Betty Kitchener, and a member of the Board of Mental Health First Aid International. He is Editor-in-Chief of the international journal Mental Health & Prevention. He is a member of the Rotary Club of Carlton and was President in 2019-20. He has been on the Research Committee of Australian Rotary Health for many years, including a term as Chair of this Committee. 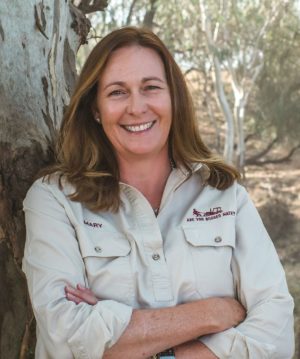 Mary was raised on the land and is a passionate advocate for all sectors of agriculture. She has a deep understanding of the diverse challenges faced by rural communities and her career in the rural sector has given her a deep respect for country blokes, and more importantly, the ability to effectively communicate with them.

Mary has a unique insight into what makes country blokes tick and through the analogy of ‘getting bogged’, she is on the ground in rural Australia, talking directly to rural men and delivering a message that resonates with them.

What makes Are You Bogged Mate? different is the approach that Mary uses to communicate mental health issues. Using a variety of analogies and humour, she explains mental health in a way that is relatable and resonates with rural people. 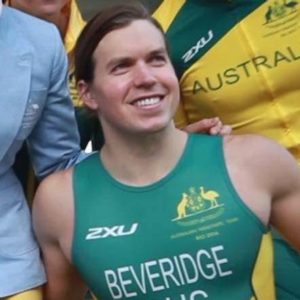 For most of his career, Nic Beveridge has been better known as ‘the other Australian’. A name without a story. But the slow and steady rise of Nic and his accomplishments over the years has brought this story to light.

When Nic was 17, he experienced a significant change. This change would see Nic go on to become a 2 x Paralympian (Triathlon – Rio & Tokyo) and a Commonwealth Games Silver Medallist (Para-Triathlon – Gold Coast). But the path to these accomplishments has been anything but straightforward.

Nic’s story, experiences and the themes he discusses are universally applicable to anyone’s life – whether it be personally or professionally. Everyone experiences disruptive change at some point, relative to their own life, and Nic’s calm and affable presenting style is able to guide audiences to understand ways to embrace the disruption and become a leader of their own life. 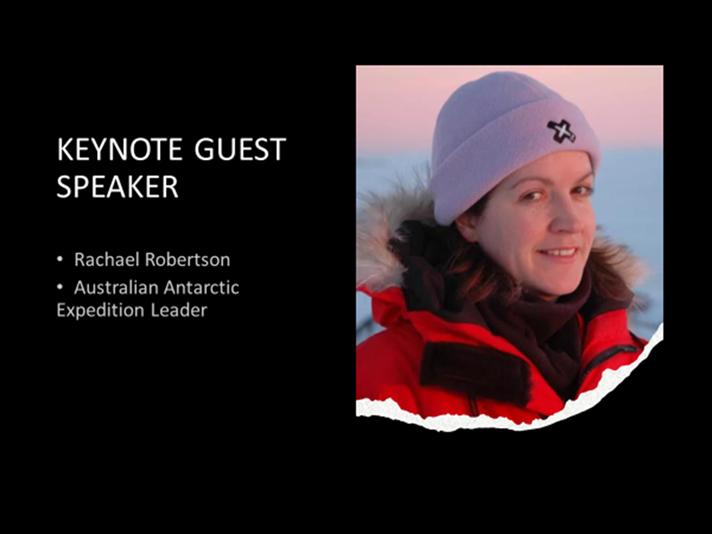 Rachel Robertson successfully led a year long expedition to Antarctica.  She was the youngest and just the second female expedition leader to Davis Station.  Rachel will inspire, challenge and entertain with her story and brilliant photography.

Go to this link to learn more

Leading on the Edge 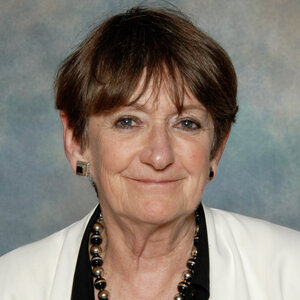 Presiding Pro-Chancellor at the University of Sydney

Dorothy Hoddinott AO is a former principal of Holroyd High School in Sydney and Presiding Pro-Chancellor at the University of Sydney. She has long been a strong advocate for the human rights of children and young people, particularly young refugees and asylum seekers. She was made an Officer of the Order of Australia in 2008 and was awarded the Australian Human Rights Medal in 2014 for her work protecting the human rights of refugees and disadvantaged students. She was a Fellow of Senate of the University of Sydney 2010-2017 and has been a Pro-Chancellor of the University since 2015.

“I have devoted my career to giving people ideas above their station. I don’t believe your station is fixed.”

Dorothy has been very successful in raising funds to provide modest scholarships for many students to help them complete school and support their further education. “I see that as an ongoing role really, while I can. It doesn’t have to be a lot of money; it just has to be strategic money.” 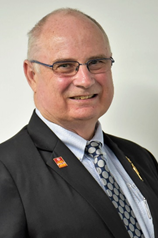 Mark is the Senior Coordinator, Fund Development for The Rotary Foundation at the South Pacific and Philippines Office in Norwest. He has been a Rotarian for over 35 years, being a member in Clubs in Victoria, New South Wales and South Africa.

His involvement in Rotary began in 1972, as Secretary of the Corinda High School Interact Club in Queensland, then as a Rotary Youth Exchange student to Canada, He was a Rotaractor, a RYLArian and a GSE team member to California.

Since joining Rotary in 1987, he has been President of two Clubs, has lead a GSE Team to Germany and held many District leadership positions.

During his career, Mark had broad ranging experiences in Sales and Marketing, working with Johnson & Johnson, Mars Petcare and Bayer. A career highlight was a seven-year assignment in South Africa, as launch manager for Mars Petcare. It was during that assignment that he had the privilege of meeting Nelson Mandela.

Mark is married to Lynne and they have three children and four grandchildren. He lives in West Pennant Hills and is a member of the Rotary Club of Beecroft. He is also a member of the Paul Harris Society and a Rotary Foundation Major Donor.

Beyond work, Mark loves to travel, spend time in the garden and with his grandchildren. He is also an avid malt whisky collector. 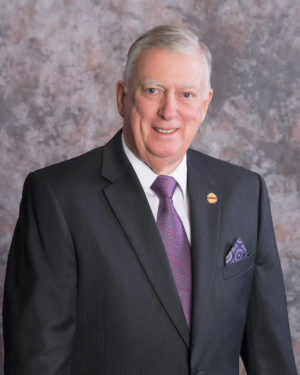 Thirty years ago Mike joined the Whitsunday Toastmasters club (in Queensland, Australia), little knowing where it would lead him. Mike, who is very competitive became a District Table Topics Champion and has also won the District Evaluation competition, but it was the leadership track where he finally found his ambition leading, culminating in being Toastmasters International President in 2016-2017.

Mike is also a Rotarian, having been awarded a Paul Harris Fellow (for services to the community) and is still actively involved in Rotary.

Mike has been involved in Corporate Outreach for his home Toastmasters district initiating a methodology to increase involvement of corporations and sustainability. His great passion is mentoring and his mantra of “Remember The Member” continues to be the driving force behind his active membership.

Professor Viljoen has primary responsibility for the day-to-day operations as well as strategic business development of the three campuses in the North Queensland and Hinterland Region including Mackay City (Dawson), Mackay Ooralea (Capricornia) and Townsville (Herbert).

He is also the Research Chair (Automation and Future Work Skills), sponsored in part by BMA and in this capacity undertake research to address the challenges and opportunities that automation present in regional work forces and communities alike.

Pierre holds a PhD in Industrial Psychology from the North-West University in South Africa and he is registered as a non-practicing psychologist with the Australian Health Practitioner Regulation Agency (AHPRA). His formal schooling as Industrial Psychologist has allowed him to grow his career over the past 30 years in Higher Education in both South Africa and Australia.

On a more personal note, Pierre is first and foremost a father and family man, believes fishing has taught him patience and optimism, finds cooking therapeutic, reading stimulating to the mind and stays fit by running and cycling. He has a keen interest in true crime, discovery science as well as mixed martial arts (MMA). 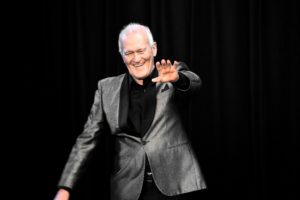 Kenny Bennett, billed as “Australia’s Favourite Funnyman” when he performs as a Headline Act on board Princess and P&O Cruises, has been entertaining the cruise audiences for the past ten years as a comedy vocalist.  Kenny has performed around a hundred shows internationally every year.

Ashore he has toured with “Herman’s Hermits” from the UK, The Platters from USA and supported the Kernaghans at Tamworth as well as touring his own shows on the Club circuit throughout Australia.

Kenny has had a good look at life from many different angles and uses this to create his own style of comedy.  From television Sports Show host to music hall compere, from truck driver to city alderman and from pro boxer to character actor he has seen it all.

Kenny loves to be at home working to an Aussie audience. “I like to put a smile on people’s faces” he says.  “Give me the old style comedy, where you can be a bit naughty but don’t have to bash people over the head with words that would upset grandma – just get the message across with a grin or a raised eyebrow – that’s better comedy in my book.”  His anecdotal style will have you laughing till it hurts.

He’s Australia’s Favourite Funnyman and he loves to keep you laughing!